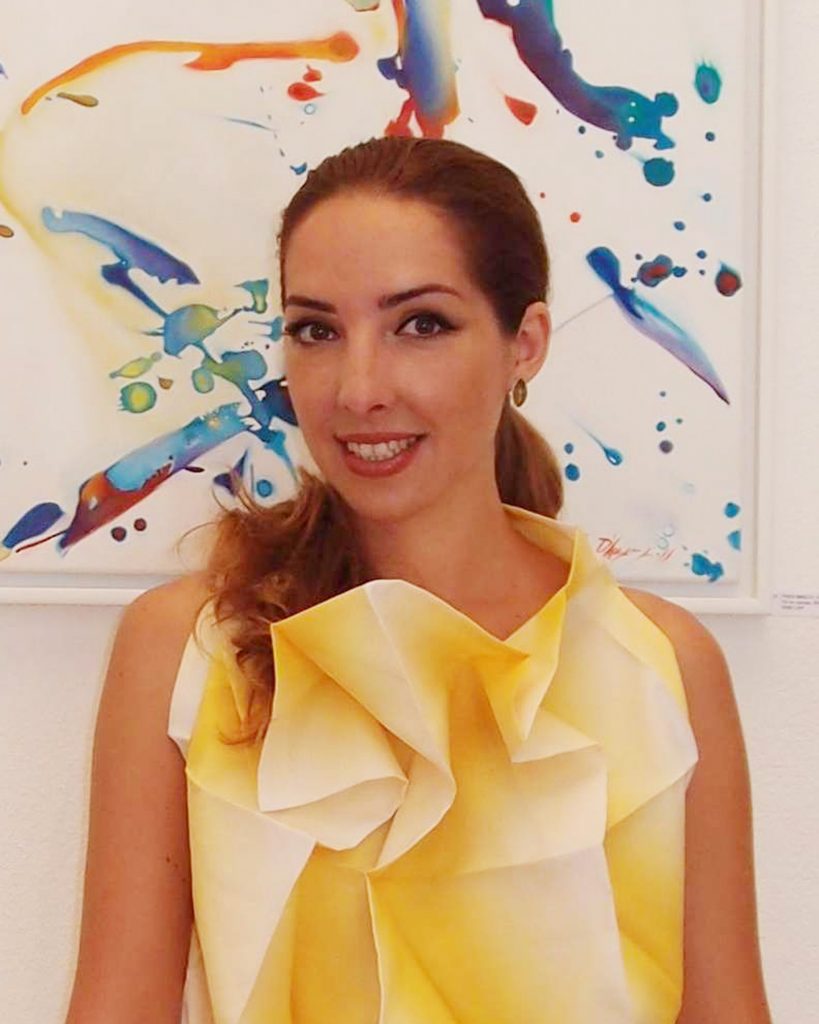 Ana D’Apuzzo , born in 1978 , is a painter , architect and designer . After graduating from school, she studied contemporary architecture and art in Lisbon. The UK PhD grant she subsequently received encouraged the young artist to continue to engage with art, architecture and fashion – in theory as well as in practice. Since then she has been working with digital media, with oil on canvas, acrylic and water colors and pastels. She has received several international awards and her works have been presented in exhibitions worldwide since 1992, including in the USA, Serbia and Japan.

GALERIE MESSMER is showing around 30 works by the artist, spanning the last six years. Due to the light colors and style , the works appear at first glance like watercolor or pastel paintings. But it is exclusively oil work.

All of Ana D’Apuzzo’s works show a penchant for aesthetics and harmony . The artist draws her inspiration from interdisciplinary areas: from nature, science or even a simple play of light, but certain people also inspire her work, such as Nikola Tesla, inventor, physicist and electrical engineer of the 20th century. Ana D’Apuzzo wants to create “ useful ” works of art; they should make the viewer happy .

” Life is precious and beautiful “, says the artist and would like to clarify this message in her harmonious works.